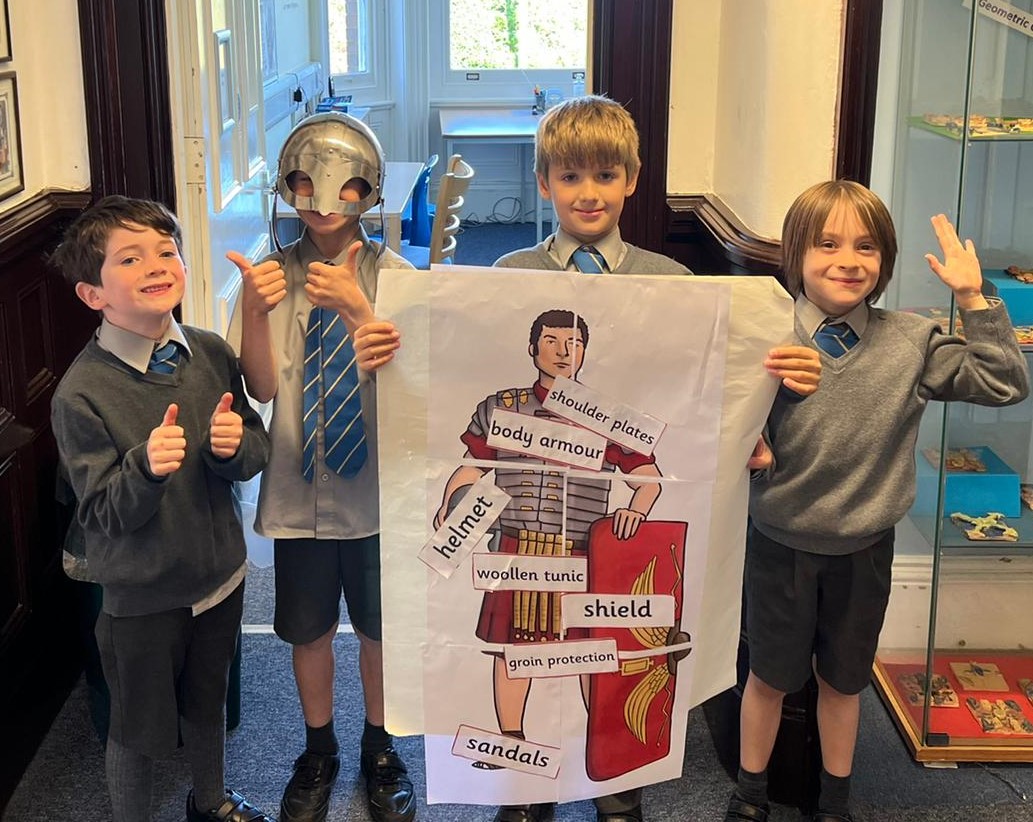 On Monday we had a whole school assembly where we listened to a story about the superpowers that you might have if you are "made by dyslexia" and looked at the sorts of exciting jobs that the boys could go on to do, such as being entrepreneurs, designers, scientists, architects and musicians.

We also enjoyed 'No Pens Wednesday' where the boys showed their understanding through a range of different methods that didn't include any writing! Reception used their colourful sand trays to practise their letter formation. Year 1 used small world characters and a storytelling game to create their own fairy tales in English. Year 2 played fun maths games and built Lego models to practise their colours in French. Year 3 had fun labelling Roman characters and enjoyed dressing up as soldiers in History. Year 4 read their favourite poems in English and acted out the War of the Roses in History. Year 5 mastered identifying the properties of 3D shapes in Maths and acted out part of Odysseus in English. Year 6 enjoyed role-playing the poem 'Medusa and Minotaur Take Tea' and playing a ‘Who Wants to be a Millionaire’ style game for checking their spelling, punctuation and grammar skills. Year 7 liked the challenge of making 3D shapes using nets in Maths and Year 8 used their laptops to research topics on world issues in TPR.

We also welcomed a group of parents to a coffee morning and talk about dyslexia. An important message was given by an old Year 8 boy in his Philosophy TED talk, which encouraged the boys, "to persevere, be positive and you will succeed". This is something that we actively encourage in ALL of our pupils, so that they can recognise their individual strengths and also help them to overcome their challenges.