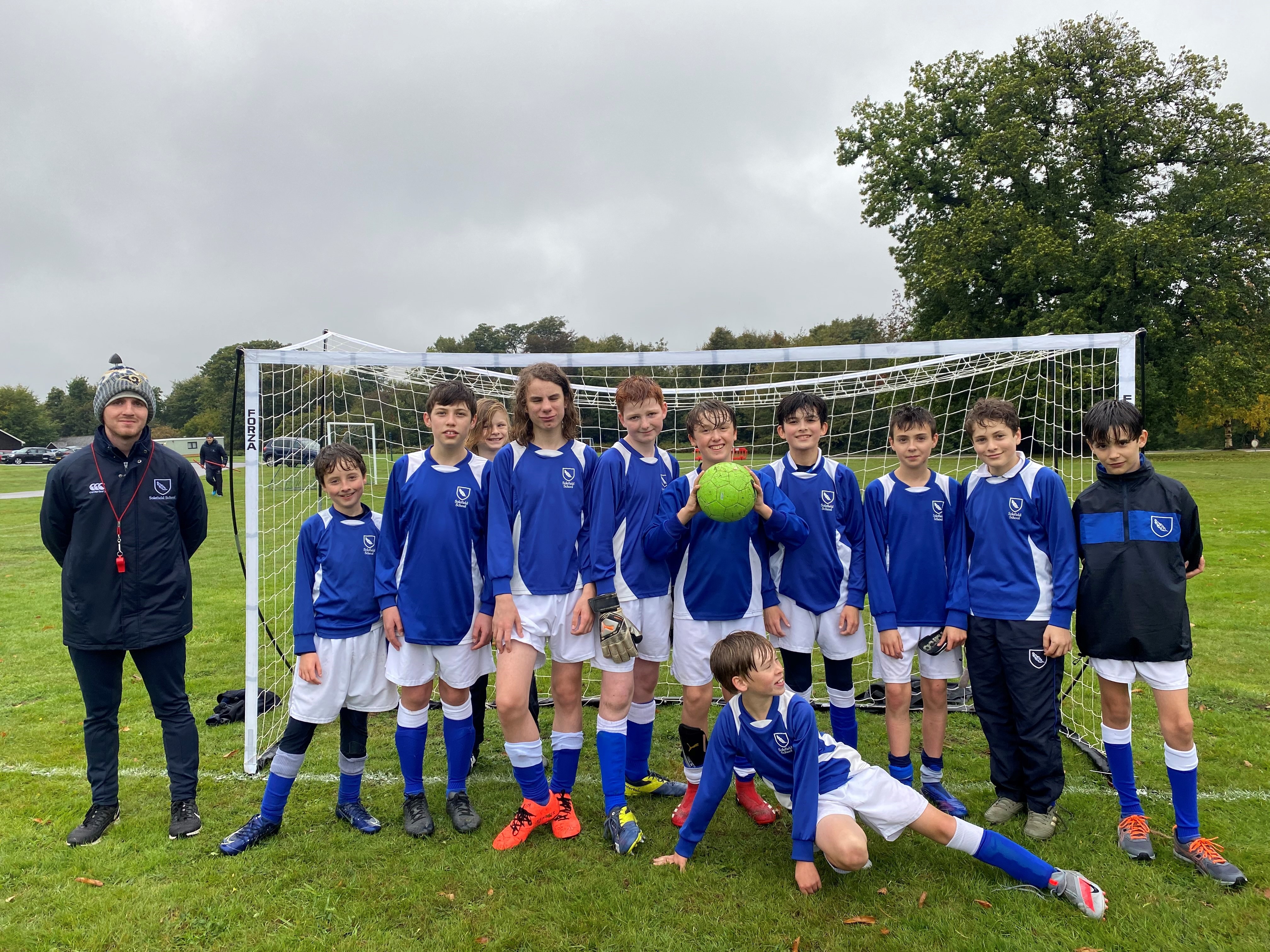 In the absence of regular fixtures, this year has seen the birth of the Solefield Premier League - a hotly contested set of leagues for Years 3-8 for both boys and staff! The boys have all been asked to play in a certain way so the sports department can implement a coaching platform for all to benefit from. Teams have been mixed up with a variety of boys to ensure there are great matches throughout the season.

Before the half-term, the 'Acorn Aces', coached by Mr Cramp were flying high with 5 wins on the bounce seeing them top of the table. The 'Battle Hawks' and 'Thunder  Smashers' were hot on their heels playing some superb football. 'Lighting City' and 'The Badgers FC' have been growing into the season and are now seeing the benefits of a coached system. Wednesday 11th November saw Mr Raymond’s 'Thunder Smashers' end the unbeaten run of the 'Acorn Aces' and are now only 5 points behind them in the table!

The seniors have been enjoying some great games too with 'Sweaty Shin Pads FC' and 'One Touch City' neck and neck at the top. The sleeping giant of 'Stone Piranhas' has awoken and they are rapidly climbing the table thanks to a big piece of business by Mr Jankowski to bring in Harry (7P) who has sparked their attack into life. Year 3 & 4 have been playing some superb football so far with Mr Cramp and Miss Elphinstone leading the charge at the tops of their tables.

This has been a great opportunity to be able to develop both our players and coaches. Solefield has continued to grow in strength during this period and it has been a pleasure to see the boys playing football to such a great level and competitive spirit. Although we are all looking forward to taking part in fixtures once again, boys will be chasing the Premier League trophy for the remainder of this year!