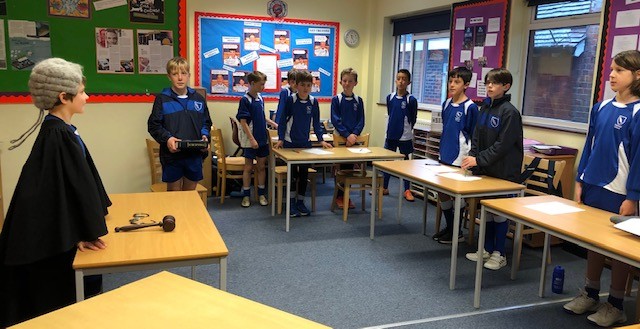 As part of Year 7’s study of gothic literature, the boys put Victor Frankenstein on trial for the murders his monster committed. Many ethical issues were discussed and he was accused of ‘playing God’ as well as not being a suitable father figure to the creature he gave life to. The lawyer for the prosecution (Oliver) asked probing and leading questions and the defence lawyer (Jonathan) managed to portray Victor Frankenstein as a victim of his own mistake. In the end, the head juror (Zac) announced the verdict of ‘not guilty’. William (the judge) loved having the class ‘all rise’ as he entered the room! 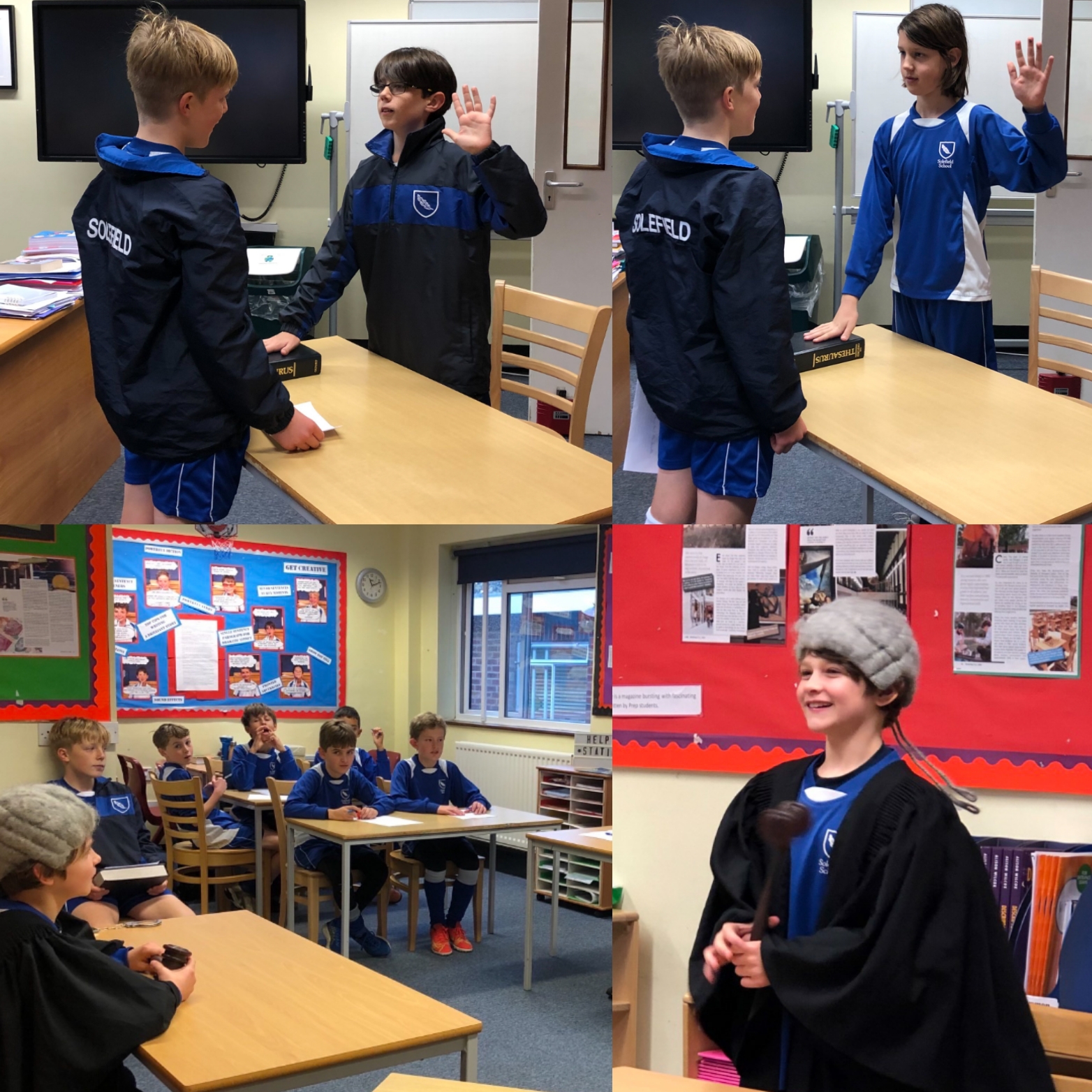